Cooking My Way through Recipes from Restaurants in the Good Food Guide, 1968 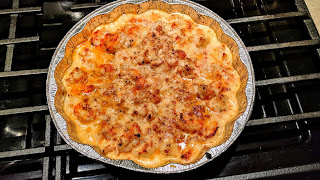 Prawns in Whisky anyone? What’s not to love? I don’t know about you, but I am always drawn in by vintage recipes and restaurant guidebooks, and that is especially true when it comes to the Good Food Guide. I happened upon a gem of a cookbook a month ago, Recipes from Restaurants in the Good Food Guide, compiled by the Consumers’ Association originally responsible for that series, with a Preface by Raymond Postgate. Lately, my primary question has been what role, if any, did The Good Food Guide play in helping chefs and diners to take British culinary heritage seriously?

I wrote in my previous post about the history of the Good Food Guide and since then have done more research into Raymond Postgate, the founder. According to John and Mary Postgate’s biography of their father, A Stomach for Dissent, Raymond was furious at the amount of food waste in restaurant kitchens after World War Two, and how consumers were cheated by conniving caterers adept at blaming high prices and atrocious food on rationing and sub-par ingredients.

Raymond Postgate’s first shot across the bow, “Society for the Prevention of Cruelty to Food,” was published in 1949 in the Leader. It hit a chord, and hundreds of readers joined Postgate’s Good Food Club to take upon themselves the mission of visiting restaurants and reporting back their findings. As reports flowed in, Postgate and a corps of unpaid inspectors visited promising restaurants anonymously, and if the restaurants passed muster, they appeared in the Good Food Guide, first published in 1951. 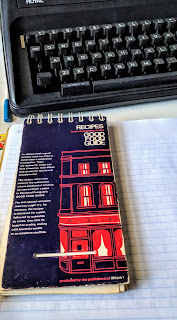 17 years later, Recipes from Restaurants in the Good Food Guide was published. Raymond Postgate was in his last last year as President of the Good Food Club and editor of the Good Food Guide before he passed the mantle to Christopher Driver. The power of anonymous patrons reporting back on the meals that they had enjoyed (or had been subjected to) had made an impact on the quality of food in restaurants, and British diners became increasingly educated about what "good food" meant.

But back to my primary interest: to what degree did the GFG spur British chefs to create and promote distinctly British food? To take their own nation’s cuisine seriously?

The 140 recipes included in Recipes from Restaurants in the Good Food Guide came from chefs throughout the UK. Only one other book on Postgate’s shelf resembled it, Postgate writes, L’Art de Bien Manger, edited by E. Richardin. What sets the two cookbooks apart, Postgate contends, is the arrogance of the French chefs on the one hand, and “the narrow-mindedness of Frenchmen” on the other.

I read on with interest.

In the first instance, the French chefs who condescendingly permitted their recipes to be published in L’Art de Bien Manger demanded that they “be divided in separate sections with the equivalent of a trumpet blown first, and printed exactly as they were sent in, with all rhetorical flourishes,” Postgate writes with his customary trenchant and ironic style. However, Recipes from Restaurants in the Good Food Guide, Postgate notes, are from “our chefs [who] are more modest. They have not refused to associate with each other, nor insisted that their style of writing was sacrosanct.”

Postgate also criticized the recipes in L’Art de Bien Manger: “Great though French cuisine is, and magnificent though their recipes are, they none of them allow that any cooking outside their own country deserves any consideration at all.” The result is not only French narrow-mindedness, but monotony. Recipes from Restaurants in the Good Food Guide, on the other hand, demonstrate that British “restaurateurs cover the whole world, from Malaya to Mexico," and-- most thrilling to my own question--“what is perhaps more unexpected is that there is at least a large sprinkling of specifically English and Scottish dishes; and that means there has been a revival of a cuisine which seemed to have been killed stone dead by the industrial revolution,” Postgate concluded.

To help the cook, Postgate generously gave the page numbers for “just under twenty recipes which seem to [him] to be entirely of native inspiration and origin.” What better project for me than to cook those twenty recipes, particularly those that suggest Celtic origin or influence?

My favorite thus far is “Prawns in Whiskey,” on p. 48. The recipe was submitted by a Patrick Robins, proprietor of High Rocks Inn, Turnbridge Wells, Kent. It is simple, can be made with shrimps instead of prawns, and is “unusual but suitable for special occasions.” When I showed it to my friend Fiona the other day, telling her that I was planning to make it for a small holiday party, she immediately sent me a link to another favorite, Dublin Lawyer. While the High Rocks Inn version also adds cheese (Celtic cooks traditionally had no problem adding cheese to shellfish and fish dishes), the ingredients are similar to Dublin Lawyer. When I made Prawns in Whiskey, however, I did change the original recipe to add the whiskey first to flambe it before adding the cream, and I found a touch of Dijon mustard added an appropriate sharpness to an otherwise rich dish.

The beautiful High Rocks Inn is still there in Turnbridge Wells, but the restaurant associated with this gorgeous event space is now called Borders. Its à la carte menu offers "King Prawns in Tomato Sauce and White Wine." Maybe the chef could bring back Patrick Robins’ version of Prawns in Whiskey and offer a bit of history and lineage along with it?

Here’s my take on “Prawns in Whiskey”, easy, fun, delicious for a small gathering:

(Serves 6-8, depending on appetite)

Heat butter in a large skillet, add the onion and cook until lightly browned. Add the shrimp and stir over a low flame. If they are frozen, cook until they are thawed. If they are fresh, be careful to heat them through instead of cooking them.

Add the whiskey and increase the heat. When the whisky is simmering, flambe. (Light a match to the whisky. Make sure to turn your face, but don’t be afraid! The whiskey fumes will burn off quickly and leave this dish with a delightful mellow flavor.)

Once the flames subside, add the cream, salt, pepper, and mustard, and cook quickly over high heat. When the shrimp are just done, remove from heat, top with cheese, and put the skillet under the broiler (grill) for a few minutes until the top is bubbling and brown. Serve immediately with small toasts, or serve with a fresh pasta or rice for a first course.
Labels: British and Celtic Cookery