This is a second installment of the biography of Florence White, based on her autobiography, A Fire in the Kitchen. As a young woman compelled to earn her living, White spent much of her life scrambling for work, first in teaching, and when that did not work out, in journalism. Cooking and folklore studies, what White eventually would be known for, were often relegated during her twenties and thirties to side interests as she moved frequently between jobs and bouts of ill health and eye strain. Hence, this second installment deals less with food and more with the struggles of a young woman who had little family support, aside from a far-away brother who sent her an allowance to ensure she did not end up impoverished. For information on why Florence White matters to English culinary history, I invite you to read Part One, my previous blog post.

As noted previously, Florence White attributed a lot of her passion and skill for cooking to her aunts in Fareham who had taken over running the Red Lion Inn when their father (White’s paternal grandfather) died in 1854. 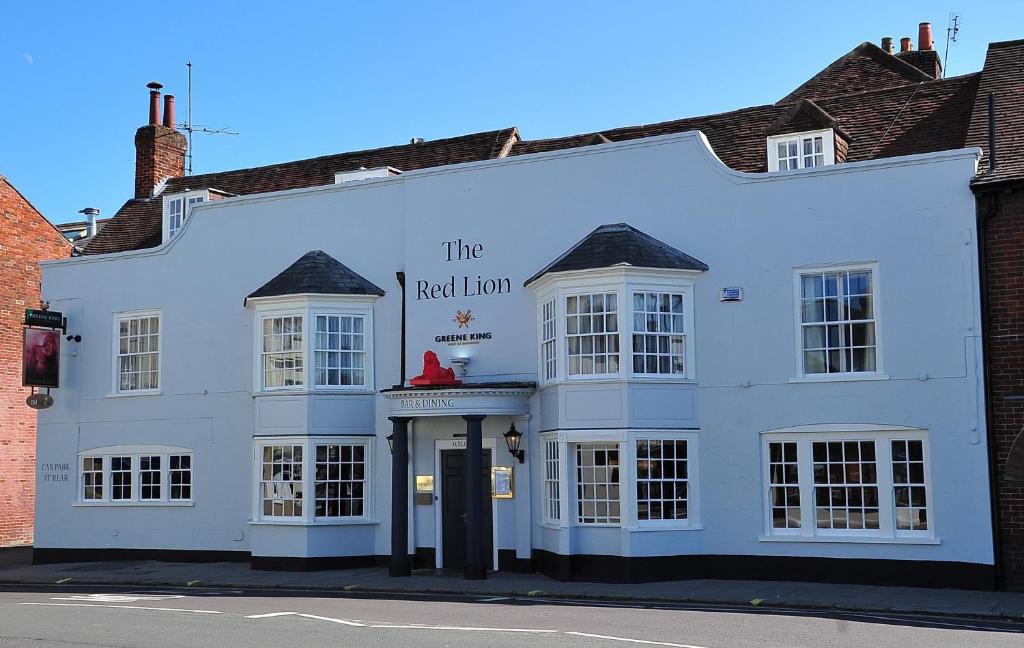 The Red Lion Inn as it looks today

After her Aunt Harriet died, White was called home from Fareham by her stepmother, but discord with her stepmother compelled White to apply for a governess post in a clergyman’s family. (The location is not specified.) Because the clergyman could pay only ‎£20 a year for a governess to educate his seven children, there was little competition, and White was subsequently offered the position in spite of having left school herself at age fourteen. White moved to the rectory on 2 July, 1884.

From this time until 1893, White attempted to complete her education through self-study in anticipation of taking Girton College entrance exams while working as a governess or an assistant at girls’ high schools. Repeatedly, a weak heart and eye strain on her one good eye forced White to quit her jobs and convalesce until a doctor convinced White to give up her scholarly ambitions At one point, a high-school mistress suggested that instead, White take up hand-work to earn her living, and White considered drawing, writing, sewing, and cooking as viable options.

During this period, White recalled key moments when in spite of other distractions, she improved her cooking skills. During her first position as a governess for the rector’s family, for example, White and her older charge, Elizabeth, often did the cooking because the family could not afford many servants. White enjoyed the work and recalled with animation how before the Farmers’ Annual Tithe Dinner, she and Elizabeth spent the night before cooking, “boiling the plum puddings” and using grated carrots in them because the family could not afford eggs. 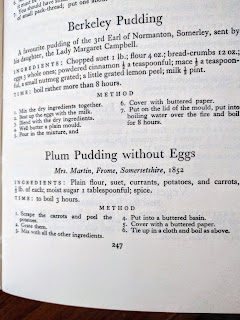 White also recalled how the rector attempted to trick his two visiting sisters into thinking that the family’s cook had not up and left. The notion that their brother was so poor as to not have a cook would have been a disgrace to his two sisters, and so to save him embarrassment, White temporarily became cook-general as well as governess. She did an expert job, but the sisters frowned on their brother and his wife for keeping the governess “up alone in the schoolroom” during meals. Thus, it was decided that Elizabeth would dish up the food after White had cooked it, and White would discretely go upstairs to change for dinner and return to eat with the family, back in her role of governess.

In winter, 1893, White moved to London and took up residence at the Sloane Gardens House (completed in 1899) in Lower Sloane Street. Built with funds by the Ladies’ Dwelling Company, this residence was open exclusively to lower-middle-class women with limited resources. By this stage, White had determined to make her living primarily as a writer. Her first success, Easy Dressmaking, was published by the Singer Sewing Machine Company and played on White’s talent with drawing, sewing, and writing, all three. Along with a ‎£6 allowance from her brother, White depended over much of her life on that and the small royalties from Easy Dressmaking to aid her during periods when money was tight--and there were many such periods. 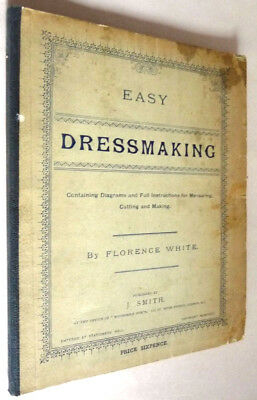 In 1894, White was hired half-time in the editorial department for Ernest Nister, publisher of some of the earliest pop-up books for children. She also took on work as a fashion editor for a popular women's magazine, The Lady. Due to her poor health, White eventually gave up work for Nister and instead wrote free-lance articles for the women’s magazine, Forget-Me-Not, illustrating the articles herself. She also published a small book on how to make doll’s furniture from corks (possibly with Nister, although I cannot determine if this is correct).

Depending on her brother’s allowance, White decided to give up work for The Lady to visit Paris for Christmas and the New Year while staying with her cousin Frank Thirkell and his wife. While in Paris, her brother’s allowance did not arrive, stranding White and causing her anxiety. When a telegram arrived from Alfred Harmsworth asking if White would accept the sub-editorship of Forget-Me-Not for £3 a week, she gladly took it, somehow finding the resources to return to London. White also worked for a time on a new Harmsworth publication, a women’s weekly magazine called Home Chat.

White left the Sloane Gardens House to move into a furnished bedsit between her Aunt Nell’s house and Carshalton Station, but when Aunt Nell became ill and her husband would not hire a nurse, White temporarily gave up her journalist work to care for her aunt. When Aunt Nell died shortly thereafter, White stayed on as her uncle’s housekeeper for the remainder of the year. When she returned to journalism, she took up producing the women’s page of Harmsworth’s Daily Mail, although this position did not last due to a misunderstanding between Harmsworth and White.

Left with little money or prospects, White answered a newspaper advertisement placed by a governess’s employment agency at Highbury; they needed someone to edit their monthly magazine, Sisters, in return for board and lodging. White secured the position.

White was then invited to call at the offices of Thomas Gibson Bowles (publisher of The Lady) where she was offered the post of sub-editor on a new venture The Princess, for a wage of 50 shillings a week. To save on transportation, White took a furnished bedsit at No. 310 Strand. Because it was not clear if White would be kept on as sub-editor for the Princess, or if Princess would succeed, White shrewdly kept her options open. She answered an advertisement in the Times inviting resumes for a woman journalist for the Edinburgh Evening News. White answered the ad and was shortly thereafter hired to take charge of the “Women’s Interests” section of the newspaper’s Weekly publication.

White moved to Edinburgh, arriving there on Burns Day, Jan. 25th, 1897 “feeling that [she] had at last really reached home.” She wrote that “from that day I have always considered Scotland my spiritual home, and so eventually it proved to be” (p. 158).

Given this comment, it is intriguing to me is that when White compiled hundreds of readers' recipes to publish her wonderful Good Things in England (1932), she chose "England" for the title and not "Britain."  Many of the recipes therein do come from Scotland (as well as Northern Ireland and Wales).  The next installment in this series will cover White's time in Scotland and afterwards.